The history of the Chapel goes back to about 1851 when it is reported that 5 members of the Methodist Church held services in the old cow shed situated at the stable end of the Two Brewers Public House at the top of Church Street, now St Audrey's residential home. 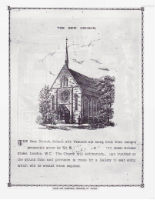 By 1864 the congregation numbered 18 and the Moocow Chapel, as it was called, had been in use for forty years while a suitable site for a new chapel was sought Eventually a site was purchased for £800. Memorial stones were laid on 28th May 1889 by Mrs. Camp. The new chapel cost £1,200 and Mr. Camp, of Roe Green donated a considerable sum towards the cost.  The new chapel was opened in October 1889.

The membership increased for fifty years up to 1938 when the congregation moved to a new chapel in Birchwood Avenue and Tingey and Son took over the old chapel. 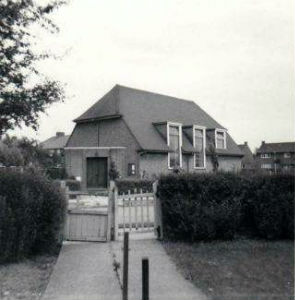 In the 1990s the building was showing its age and plans were afoot to redevelop.  Finally in 2014 the current church was built.